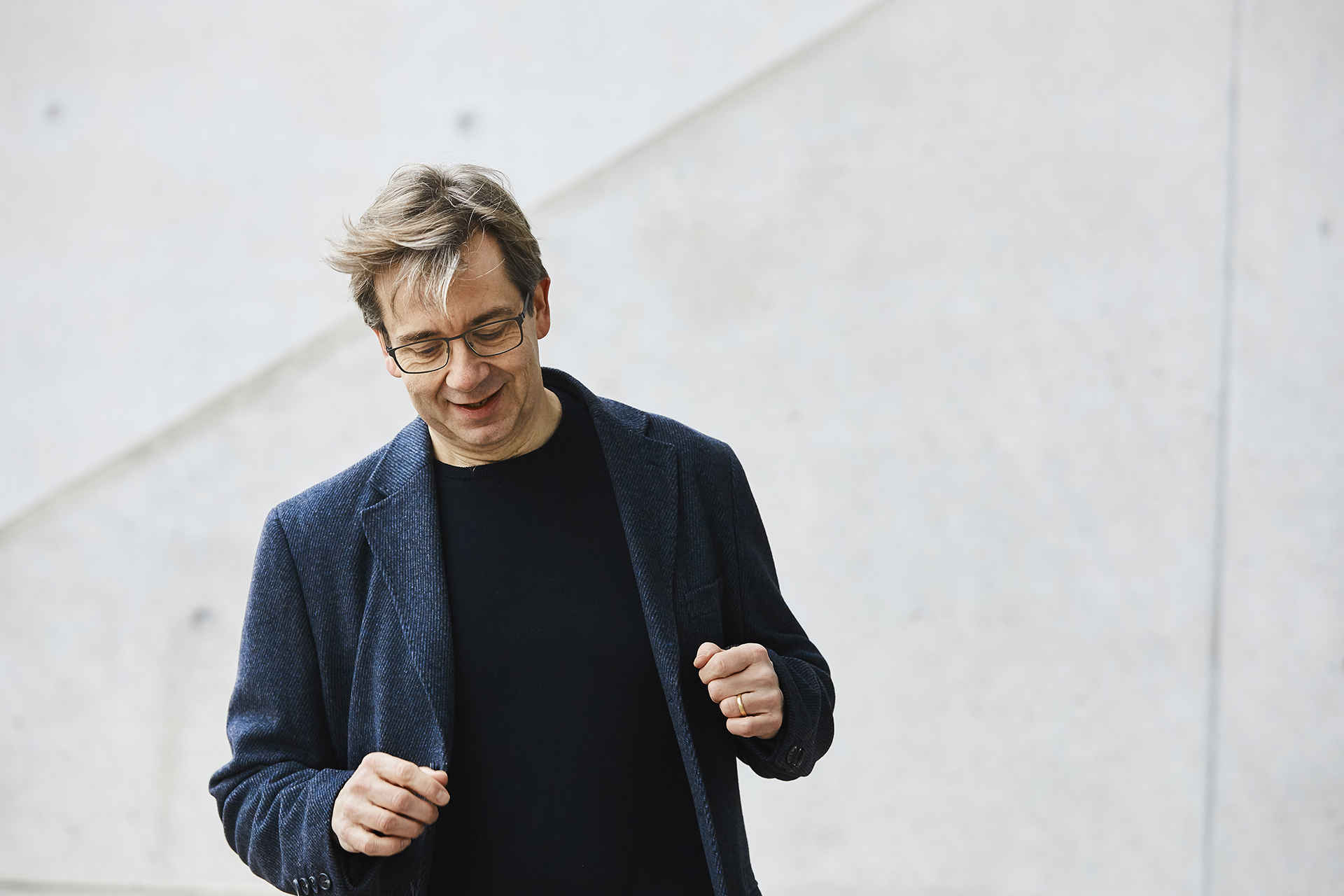 Christian Hilz‘s artistic, musical, and pedagogical life is formed and infused by an approach to the repertoire of opera, oratorio, and art songs characterized by enthusiasm as well as zest.

His comprehensive scope of activities, consisting of his international career as a singer of opera and concert, as a professor of voice and chamber music at the Bern University of Arts as well as Artistic Director of the Austria Baroque Academy, in addition to being thee director of numerous Master Classes, makes clear the diversity and multiplicity of his competence. The combination of these challenging responsibilities represents for him a fruitful and mutually inspiring balance.

His own projects in the field of chamber music have taken a central place in his artistic scope of work. The contextualization of this musical format, with particular emphasis on the balance and interaction between text and sound, has assumed a place of increasingly essential importance. In the genesis and implementation of these forms of cooperation, the overriding principle is that bringing music to life with friends leads to an uplifting flight into the musical stratosphere.

In the world of international concerts, Christian Hilz has made a name for himself through his multi-faceted interpretational talents. Invitations to  European and American musical centers, including the Vienna Musikverein, Theater an der Wien, the Salzburg Whitsun Festival, the Lucerne Festival, the Concertgebouw Amsterdam, and the London Proms are only a few of the many appearances which have marked his career.

He has sung as a guest soloist at concerts of the Munich Philharmonic Orchestra, the Radio Orchestras of both Cologne and Munich, the London Mozart Players, the Mozarteum Orchestra and the Camerata Salzburg, the Zurich Tonhalle Orchestra, the Orquesta Nacional de Espana and in the same function with choirs such as the Dresden Kreuzchor, the Tölz Boys Choir, and the Regensburger Domspatzen.

In the realm of historical performance practice, he has been most influenced by his collaboration with the conductors and ensembles of, among others, Joshua Rifkin, Andrew Parrott, Martin Haselböck, Ivor Bolton, and Ton Koopman.

Journeys of discovery in the field of music of the late 20th and ongoing 21st centuries were undertaken through work with and including compositions of Hans Werner Henze, Christian Henking, Helga Pogatschar, Eberhard Klemmstein, and Bobbi Fischer. He has participated in many world premieres at the Vienna Musikverein, the Munich Biennale, and Munich’s aDevantgarde Festival, to mention only a few.

An extensive operatic repertoire has led to his participation in productions in Vienna, Amsterdam, Madrid, Valencia, Los Angeles, Munich, Dusseldorf, and Potsdam, where his roles have extended from the Baroque to the Modern.

In more than 40 CD recordings, Christian Hilz’s discography mirrors his extensive repertoire. He has been officially presented with both the Bavarian State Promotion Award and the Cultural Promotion Prize of his home city of Erlangen.

Even before finishing his studies, Christian Hilz had already begun to explore the field of teaching. After teaching assignments at the Institute for Church Music at the University of Erlangen and at the Music Institute Erlangen, he assumed in the years from 2003-2005 the professorship in Early Music at the Music University, Trossingen. Since 2009, he holds the title of Professor of singing and chamber music at the University of Arts in Bern as well as the Swiss Opera Studio, since 2014 as head of the vocal department. He is also involved in research projects dealing with the areas of artistic interplay and balance between declamation and singing.

In 2015, he was named artistic director of the Austrian Baroque Academy.

His frequent work with the Belgrade Baroque Academy has bound him to that group since 2018. Invitations to master classes in the field of historical performance practice, art song, and opera give him the opportunity each year to teach throughout Europe, Russia, Ukraine, and the USA.

September 2022 he took up a position as a member of the directoral team of the Schola Cantorum Basiliensis.

The artistic development of Christian Hilz has been formed through a large number of diverse influences.

The fundament can be credited to his studies of voice/music theatre with a subsequent soloist diploma at the Folkwang University of Arts in Essen under the direction of Jakob Stämpfli. This was supplemented through private studies and master classes with Elisabeth Schwarzkopf, Jan-Hendrik Rootering, Bonaldo Giaiotti, Rudolf Jansen, Joshua Rifkin, Stephen Varcoe and Ann Monoyios.

Further studies in the field of Theatre and Music Management at the Ludwig Maximilian University in Munich have opened new avenues and new perspectives in his comprehensive view of the music world.

Christian Hilz lives with his family in Munich.